WannaCry: How Secure Is Your Orthodontic Practice’s Data Anyway?

I was recently approached by an orthodontist who really, really wanted to cry: all of his office’s documents including patient communications, case images and x-rays stored on his practice’s computers were encrypted by this virus. Since paying the ransom was out of the question (you don’t negotiate with cyberterrorists as blackmail never really ends), his office was down for 3 full days until his IT support contractor rebuilt all of his computers and restored his practice’s data from offline backups. Total cost: $3,750 in IT support fees and $27,000 in lost revenue for the practice. Ouch!

How could this happen?

His IT support people swear that they kept his computers patched up and his antivirus definitions current. Being on a support plan, he was keeping his practice management system diligently up to date by installing all upgrades as soon as they were released by the vendor.

Yet all it took was for one of his assistants to inadvertently open up a seemingly innocuous personal email on a practice computer just before leaving the office the night before.

Being asked to do an analysis of his computers and network to determine his true level of exposure to future such events, here is what we found:

Having strong passwords did not help in his case. Once a virus infects a computer where a user with administrative rights is logged in (and we all want administrative rights nowadays, don’t we?), it will impersonate that user’s credentials and get access to everything the user has access to. Which in this case was all the information that was not in the database, meaning all the files on all the computers inside the office, including the server.

So what can an orthodontist do to protect his or her practice from these types of attacks, now and in the future?

Contact us now at (888) 845-7621 or on the web at www.visualorthodontics.com to learn how Visual Practice can propel your practice further faster – all while enjoying the peace of mind of an inherently safe and secure modern architecture which will keep your practice up and running even in the most extreme of the situations – when others won’t.
Stay safe! 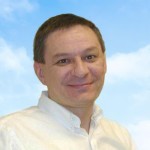 Dan Mihai
Dan Mihai, MBA is the Chief Executive Officer at Visual Practice, a leading Orthodontic Practice Management platform. As Visual Practice' CEO, Dan is responsible for the company’s strategic direction, product development, and operations. Dan works closely with orthodontists everywhere to ensure that Visual Practice continues to add the most value to their practices by offering the highest feature coverage and integration possible combined with the most superlative level of dependability, compliance, and customer support experience. Email Author

This site uses Akismet to reduce spam. Learn how your comment data is processed.

Would you like to see how Visual Practice can help your practice provide better care more efficiently?